​“Little cat, little cat, walking so alone; tell me whose cat are you? – I’m damned well my own.”
Piet Hein

​​​Lissy grew up in the countryside with lots of animals, and have always had cats, both as a child and adult. Lissy is also very much her own and has persisted to want to invent methods to produce the sculptures in several forms and materials. As an adult Lissy has had cats for over 40 years. The first cats were Tarzan and Jane. Later Olivia and Skipper. Since Skipper, as the last one, got old, ill and died, Lissy decided that she should not have more cats – but it turned out that it is certain she does not. 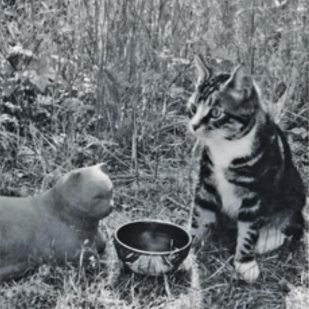 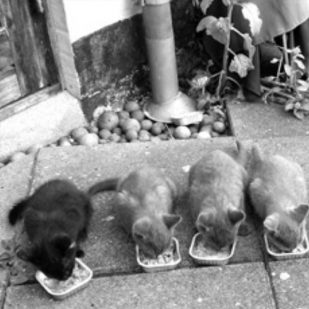 ​“May’s cat  are soft and smooth with whisker of silk and eyes like amber.
May’s cat can purr, and fool about – and when they get kittens say meow” 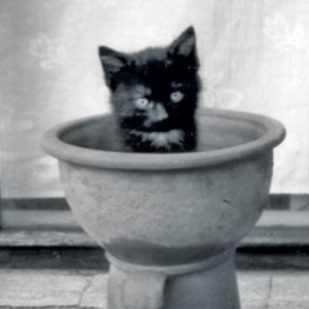 ​​​One spring day in May arrived Mrs. Grey – and took Skipper’s house, where she gave birth to 6 kittens (4 gray and two black-brown). And they were allowed to stay.Lissy and a neighbor sat every day and enjoyed the sight of the little playful kittens.
They got the names: Grundtvig, Møffe, Minna, Kingo, Ingemann and Valrone. 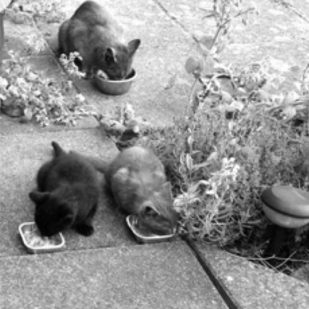 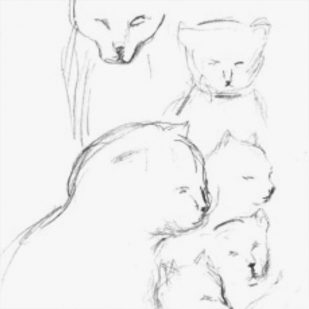 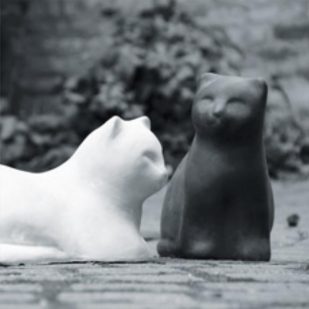 ​They talked about where the cats should live. Lissy selected Grundtvig, Møffe and Minna. And when they were large enough to leave home Mrs. Gray distributed just the cats Lissy and neighbors had chosen. The cats have been living there since. Only Mrs. Gray visits both places. It is a great gift that the cats chose to stay with Lissy and neighbor. They are outdoor cats with housing. And they are good mouse hunters to the delight of the rest of the village.